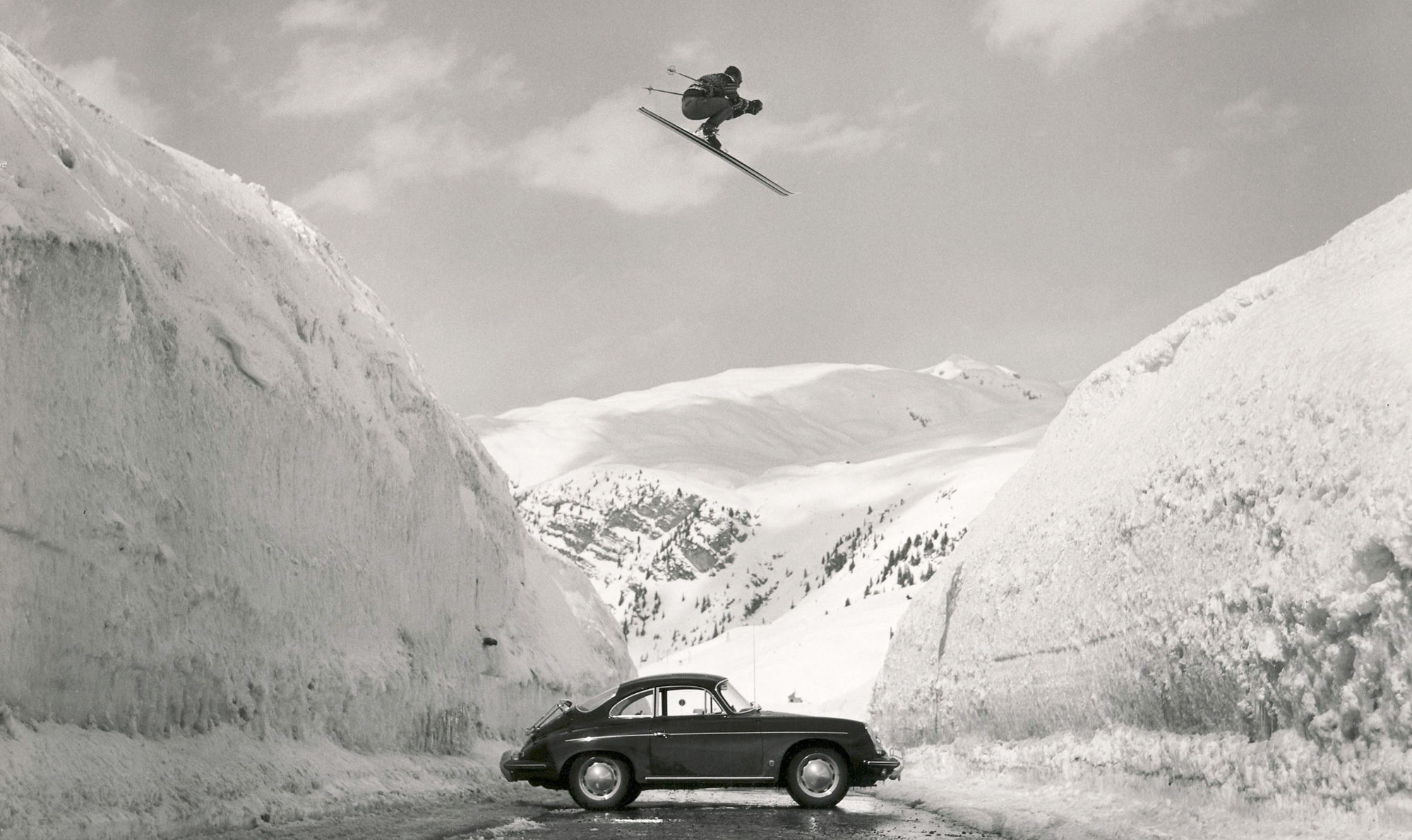 When your two greatest passions are skiing and sportscars, it’s perhaps inevitable that these world’s will collide. So reads the backstory to this 1956 shot of World and Olympic downhill champion Egon Zimmermann jumping a Porsche 356 in Arlberg, Austria, by the imminent German photographer Hans Truöl.

Truöl was a photojournalist who specialized in winter sports during the Golden Age of Skiing, capturing 50 years’ worth of outstanding images beginning in 1932, and winning awards and accolades around the globe. Shooting with a Hasselblad—then the king of cameras—his photos were characterized by a sharpness and definition that created a sensation at the time; his backlit shots can only be described as stunning.

In that era, photographing skiing involved serious hobnobbing with the jet-set crowd of celebrities, industrial titans and monarchs who populated the sport. Truöl’s Christmas-card list included ski greats like Toni Sailer, Karl Schranz, Willy Bogner, and Rosi Mittermeier, as well as “Ferry” Porsche, Ingrid Bergmann, Aga Khan IV and the royal families of the Netherlands, Belgium and Jordan.
Truöl passed away on 26th April 1981 in Immenstadt, Germany, leaving an impressive legacy, but perhaps none so emblematic of his life and times as Porschesprung.