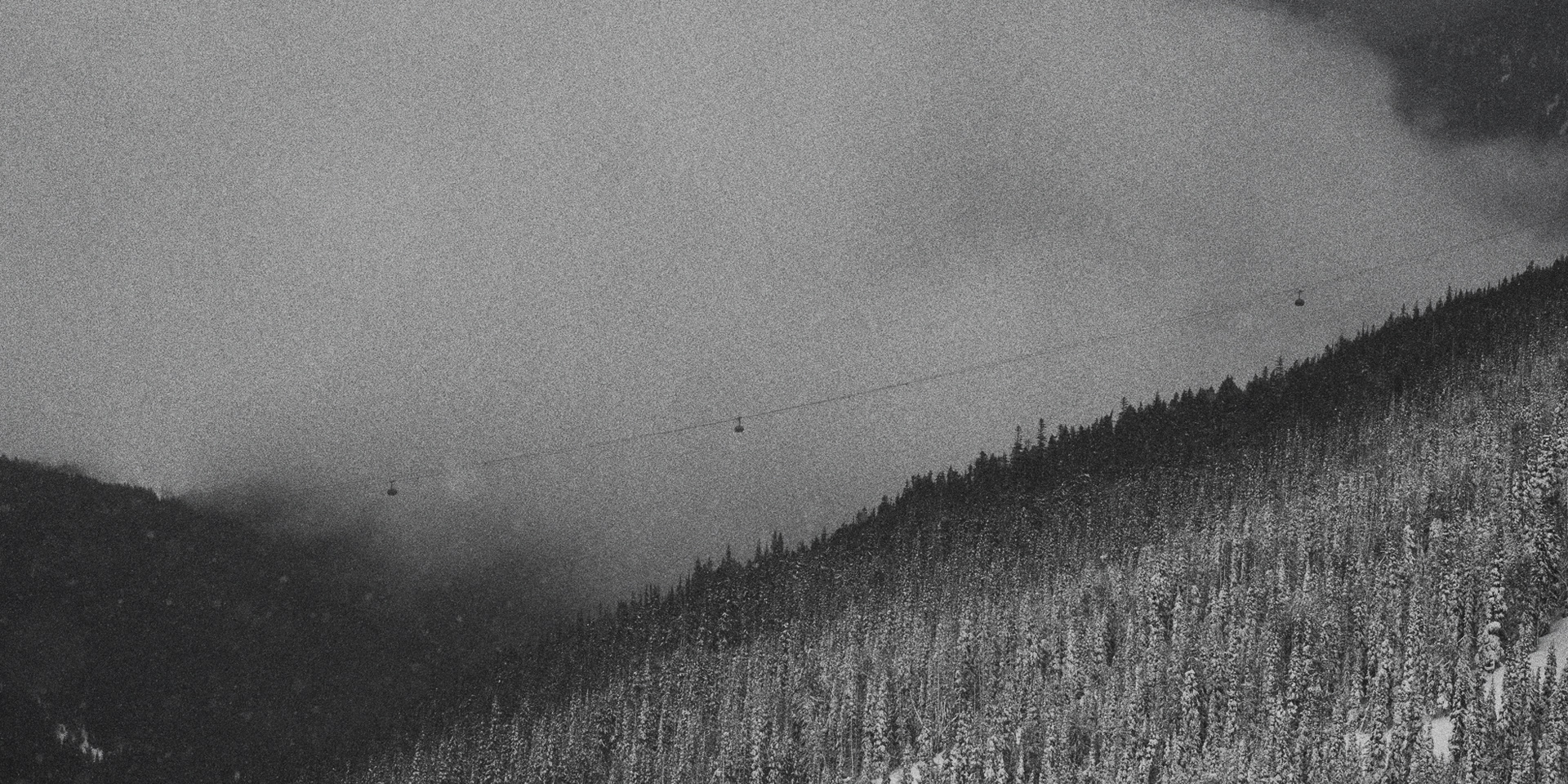 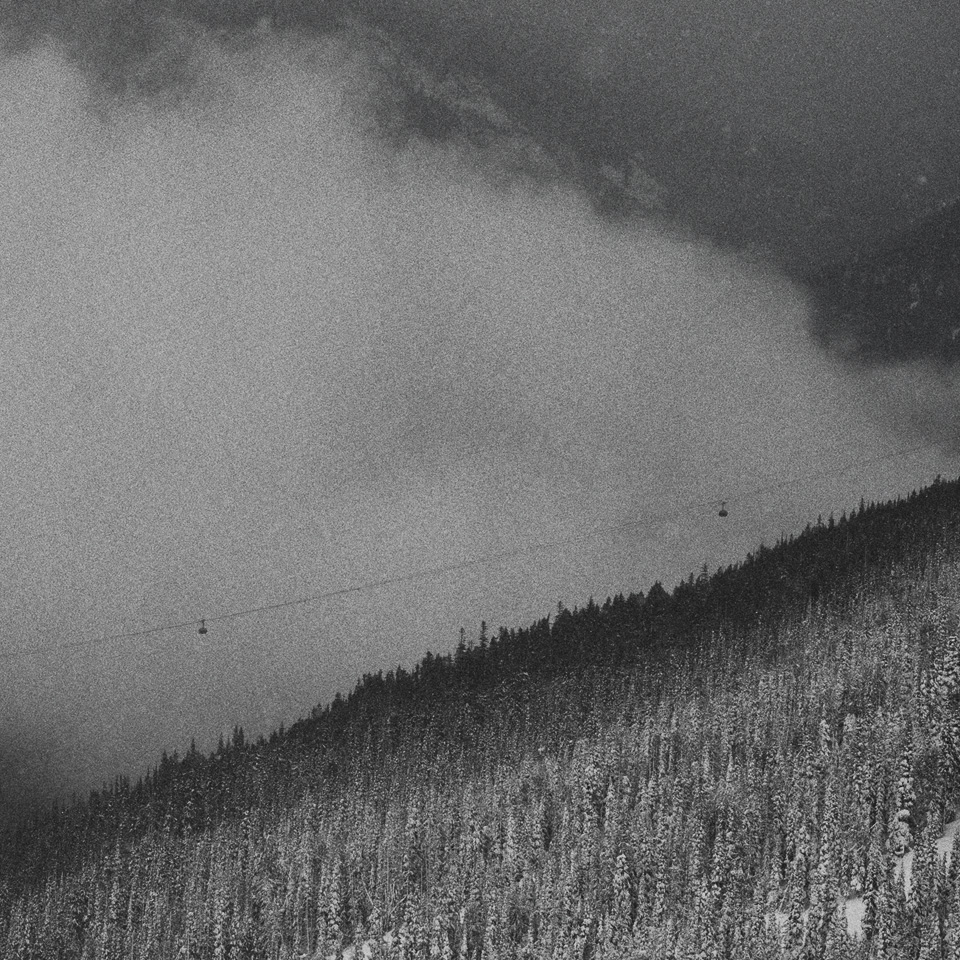 Notes from a Pandemic:
A Three-act Play

Act I: Keep Calm and Ski On

In the second week of February, I fly to Tokyo. Haneda airport is mobbed, as always, but in its food courts, the usual Japanese culinary miasma of seafood-plus-deep-fry is now laced with whiffs of evaporating hand sanitizer. Almost everyone is wearing a mask. It seems surreal, even grave, but you can still tell when people smile—the essence of human expression is in the eyes.

Onward to Hokkaido, each transfer like walking the set of a dystopian film about a future where no one can interact. Even at the ski areas there are so many masks we feel naked, despite the fact that if you’re not sick, they’re really only placebos. They at least remind you not to touch your face, but, ironically, many now do this more—donning, removing, adjusting. We know it’s more about handwashing and your state of health, but it’s still hard to swallow the paranoia. Someone sneezes in a lift line without covering their mouth and the crowd becomes indignant—a mob that wants the authorities called in.

The good news: with everyone masked, there are probably less pathogens in the air than ever. Still, in bathrooms, people line-up for the non-touch basins—washing from the elbows down, fingers held aloft to rinse, as if heading into surgery.

As we travel Japan, the situation worsens. The ham-fisted quarantine of a cruise ship has virtually guaranteed a disaster that soon materializes. Filaments of disease reach slowly into the fabric of society. Precautions increase; everywhere is hand sanitizer—at check-in desks, restaurants, onsens, ski rentals. The snow is deep and we are skiing, but something has shifted.

Like 95 per cent of fellow travellers, we wear masks on the way back to Canada. Too much soap and hand-sanitizer has transformed our hands into pink, peeling flippers, and we worry whether this increases vulnerability. Who knows? There’s little information available from a medical establishment that offers only common-sense bromides. We are on our own. 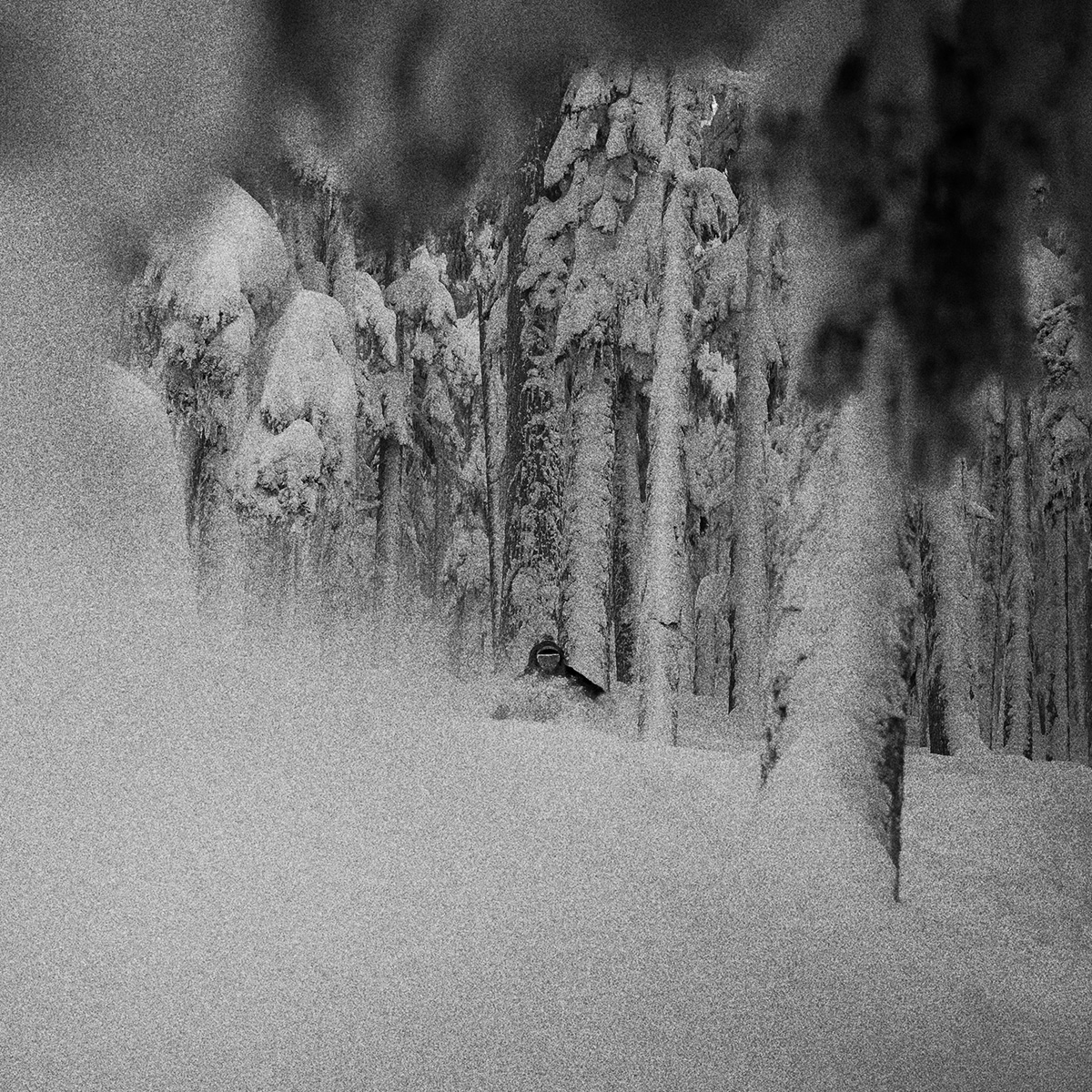 Skiing during the winter of 2020 has become a game of roulette.

Act II: Stay Ahead of the Curve

At Vancouver airport, there are only a few masks, despite news that infected people are now arriving from Italy and Iran. Health authorities don’t say which flights. Such details are lacking in every report, sparing someone or something. A crashing stock market offers hints as to what. Events are now unfolding as per every science-fiction outbreak book, creating a de facto club of dead-but-prescient writers. I am dragging a ski bag through the middle of it.

A day later I’m on a flight to Frankfurt, whose airport offers similar cognitive dissonance: people here clearly feel safe. They are not. COVID-19 cases are rising in Germany and France, and exploding in Northern Italy, where we’re scheduled to go. Eerily, as I arrive in Klosters, Switzerland, the country records its first case. Despite the growing calamity, borders remain open all over Europe. It feels like madness—as it will soon prove to be.

Knowing the reality of a ski resort, with people coming and going from everywhere, I fight every urge to leave. Large gatherings are now prohibited. I decide to self-prohibit even small gatherings—trams and gondolas—when possible. When it’s not possible, ski buffs are my new surgical mask. I wash them out in my hotel room, hanging them to dry for the next day. At the top of lifts I tear them off, eager to breath fresh alpine air. But it’s an ill wind that blows.

In staid Klosters, you’d never know anything was afoot, but as we drive toward Italy in a snowstorm, news arrives like tumbling snowflakes: doubling cases in Italy, travel restrictions. We realize we can’t continue, that crossing into Italy would be a single act of recklessness—like skiing a slope with a low but clear avalanche danger—to which we couldn’t answer to our families. We spend the night near the border, turning north again in the morning.

The sun is out. As always, tiny villages huddle beneath snowy peaks propped stark against a cerulean sky, the timelessness of a region where some things never change. And yet, as we pass an ambulance parked at a border tunnel where mask-wearing Swiss EMTs and armed guards screen cars coming from Italy, one thing is clear: everything has changed. 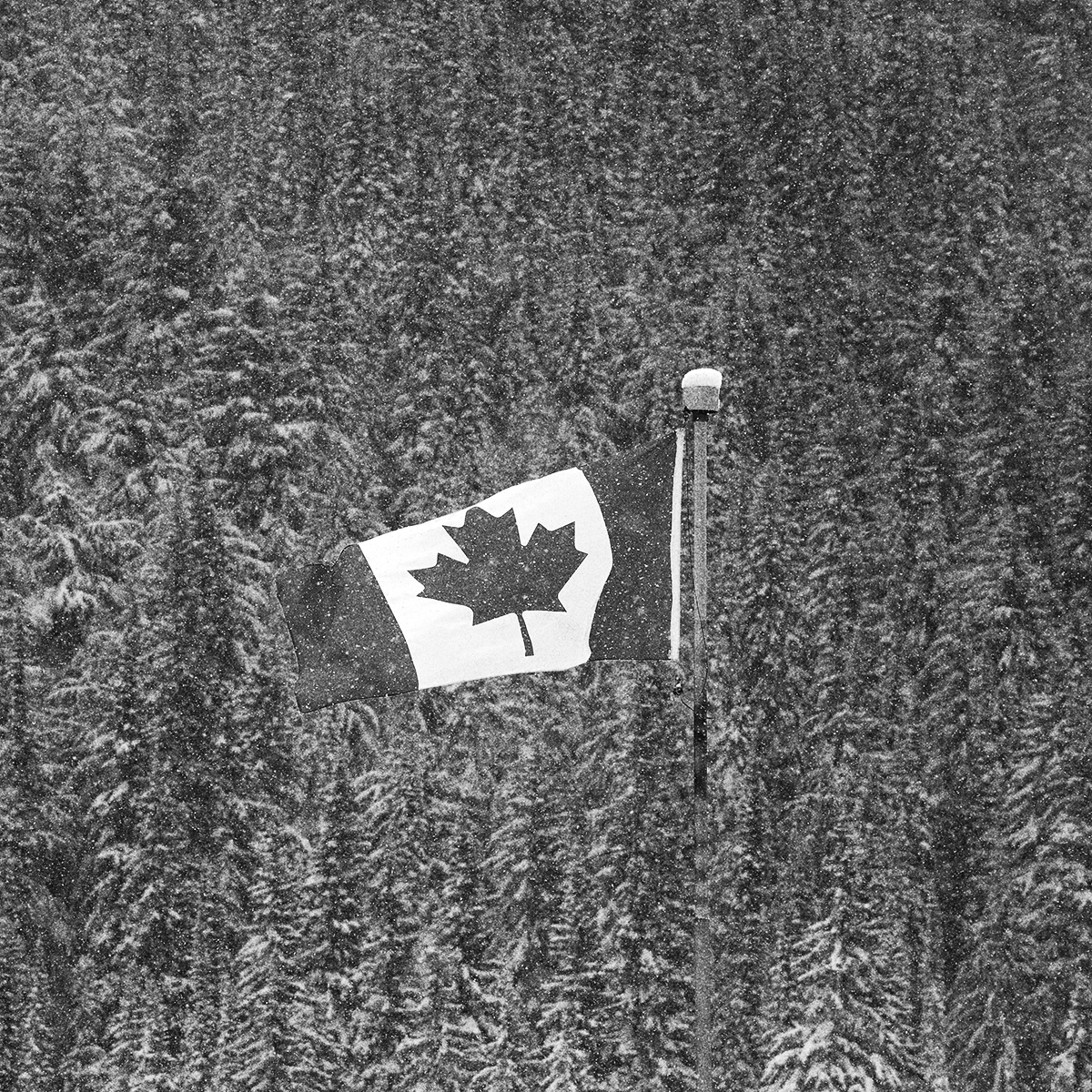 By March 7, when I fly back to Canada from Zurich, the COVID bomb has begun to detonate in Switzerland. The country is up over 300 cases. All of Europe and Scandinavia are now on fire.

I arrive home to Whistler with a sense of incredulity: tourists everywhere, zero concern on display, as if no one reads the news. And yet… as the most international ski resort in North America, it is a certainty that coronavirus has been circulating here since long before Canada’s first official case was recorded in Vancouver on January 25. Looking back over my shoulder at Japan and Switzerland, I know this to be true. I don’t have to do the math. Having come from a hot zone, I now self-isolate for 14 days, as if I know a secret. Then the dominoes start to fall.

An outbreak in Aspen. Other Colorado resorts affected. Cases reported everywhere in and around Whistler. First, Aspen, and then Whistler Blackcomb, issue laughable statements saying they will increase “cleaning” of their gondolas and won’t pack so many people into them. Then, after all ski resorts in Switzerland, France, Italy and Norway close, Alterra Mountain Company and Vail Resorts, the two biggest ski-resort companies on the continent, close their resorts for a week—supposedly to consider how to proceed for the rest of the season. Rumours point to a different truth: staff have been exposed to COVID-19 and must quarantine, and some have tested positive. The “pause” lasts only three days before the season ends for good.

Thinking the town is still open for business and they can just ride it out, people scramble into the backcountry or go touring on Whistler Blackcomb. But then the bars and restaurants close and the hotels empty. Social distancing and 14-day self-isolations are mandated by the government. Entry to Canada ends for all but citizens, and the border is closed with the U.S., where the epidemic is much, much worse. Inside of a week, the capitalist world—and its mountain playgrounds—has completely melted down.

Seasonal workers by the thousands in Whistler lose their jobs overnight and decide to party the place down one last time before they go. Photos from this idiocy circle the globe on social media. It’s embarrassing, and I’m glad to be in isolation. Tourists who have left Whistler now test positive—as do skiers who returned home from several B.C. heli-ski operations. Vail issues an edict that Whistler Blackcomb’s staff housing must be cleared. In its wake, the exodus from town looks like a wartime refugee scenario—except for the ski and snowboard bags. Afterward, all goes quiet.

But then, like a flower pushing up from the mud in spring… hope stirs.
After a deep breath to accept the new reality, residents of the Sea-to-Sky corridor start to show how creative—and compassionate—they can be: the first hour at all grocery stores is dedicated to elder people and the immunocompromised; local distilleries start making hand-sanitizer—and donating it; people working from home sew masks to government specifications for health workers; there is free home delivery of food, craft beer, and other items; a slew of online grocery-shopping options appear; people swarm to online meeting apps for group exercise, coffee dates, even dinner parties. Every dog in the valley can’t believe its good fortune—the whole family home, all the time, and more walks than they can handle. Even these few positive notes in a time of collapse make it feel like everyone is pitching in, like we’re a community again.

Conditions in the mountains are all-time. The high pressure that settled in last week has meant perfect spring corn on south-facing aspects, while some north and east faces still hold powder. And a storm expected soon means even more snow. Isn’t that what we all dream of during winter?

ALPINE LOVE IN THE TIME OF CORONAVIRUS

I shouldn’t even be here. March is usually my travel month. The time of the year when our final issue of the publishing season has been sent to the printers, and I can finally reap the out-of-office rewards of being a ski magazine editor—discovering new places to ski or revisiting familiar stomping grounds.

Conditions in the mountains are all-time. The high pressure that settled in last week has meant perfect spring corn on south-facing aspects, while some north and east faces still hold powder. And a storm expected soon means even more snow. Isn’t that what we all dream of during winter?

In the second week of February, I fly to Tokyo. Haneda airport is mobbed, as always, but in its food courts, the usual Japanese culinary miasma of seafood-plus-deep-fry is now laced with whiffs of evaporating hand sanitizer. Almost everyone is wearing a mask. It seems surreal, even grave, but you can still tell when people smile—the essence of human expression is in the eyes.

Join us for great inspiration and amazing photography.

Inspirational edits and products in motion. 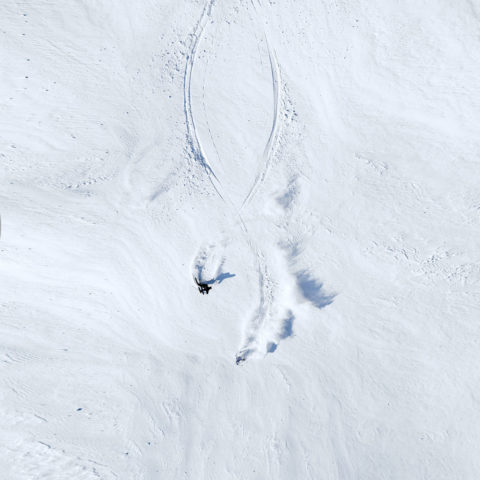 Sign up for our newsletter and be the first to know about new arrivals, exclusive previews and re-stocks.

Sign up for our newsletter and be the first to know about new arrivals, exclusive previews and re-stocks.

Alright. You are on track